Lady Alshari liked this guy and she was ready to fuck him. But just as they were having foreplay, she noticed he had a small dick and she was not ready to get down and dirty with someone who could not satisfy her. She changed tact and she made him undress before she did and she confirmed he had a small one. She then changed from wanting to fuck him to making fun of him and his tiny dick. 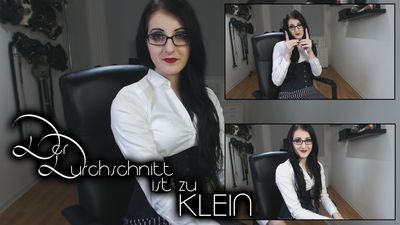 Lady Tanja needed money but she did not want to borrow it. She needed someone who would give her the money and she did not have to pay it back. So she remembered that this guy had a small dick. She could tell even though they had not been romantically involved. So she invited him to her place and pretended they were to have fun. All went well until she saw her dick and she pretended to be annoyed. Then her annoyance turned to ridicule and then to blackmail until she got her money. 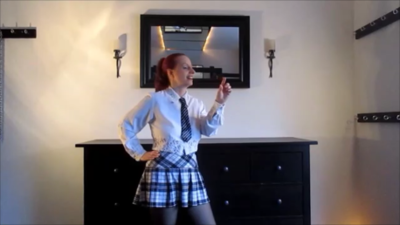 Princess Serena does not mess with guys who have a small cock. That is a rule she is not ready to break for anything. And when she was about to ride this guy today, she found out he had a small one and she could not go on with her scheduled plans. Instead, she chose to dominate and humiliate him for his small dick. So the mistress teased him and then denied him.

Goddess Mel felt pity for this guy because he had a small penis. She knew a small dick was not the ideal, but if it could stay hard long enough, it could do something. She did not want to take chances with someone who came too quickly and also had a small dick. So the mistress gave this loser a blue pill and then she fucked him. His performance was not bad.

Goddess Yasemin was ready to fuck this guy but her interest in him faded away when she learned that he had a tiny dick. The mistress did not know how to respond but then she remembered that she had always wanted to tease and deny. So she took the chance to turn on the guy in a naughty manner and when he wanted to get some, she denied him and chased him away.

This mistress knew this guy had a tiny dick but she still wanted to humiliate and to dominate him. The mistress knew that the guy did not know that she knew so she exploited that fact and she got him to go to her house. She teased him and she turned him on and then pretended to be shocked at how small his dick was and then used that fact to chase him from her house.

Princess Serena does not mess with guys who have tiny dicks. The mistress loves guys who have huge dicks because they make her feel like a woman and they can satisfy her and fuck the shit out of her. Today, the mistress chose to humiliate this guy because he had lied to her about how big of a dick he had but when she saw it, she was disappointed with it and with him.